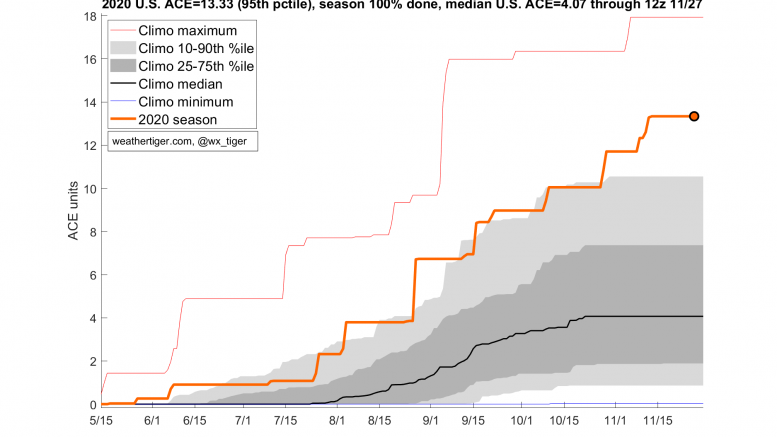 Year-in-Review: The Roaring 2020 Hurricane Season & What It Means

The 2020 hurricane season dramatically underscored the rising vulnerabilities of the United States’ increasingly crowded coasts. Phenomena like early- and late-season activity in defiance of climatology, head-spinning rapid intensification through to landfall, and extreme flooding from stalled and slow-moving storms, all with minimal historical precedent, became numbingly normal. Still, despite ripping up the record books, this season somehow avoided the absolute worst-case scenarios for most of the U.S. coastline.

WeatherTiger’s August update to our 2018 hurricane season presents only minor changes from our initial forecast issued in late May for overall activity of between two-thirds and three-quarters of an average year. Cooler than average waters in key regions of the Atlantic, a developing El Niño in the Pacific, and much stronger than average trade winds in the Caribbean this summer confirm these signals.